Home » Who we are » CMHA National » Our Staff 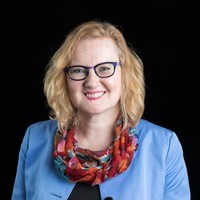 Margaret joined the Canadian Mental Health Association (CMHA) as National CEO in January of 2020. Along with a deep compassion for those facing mental health and addiction issues, she brings with her over 20 years of leadership experience in the non-profit sector.

A natural problem-solver and connector, Margaret is excited by the opportunity for CMHA to work collaboratively with key partners across Canada to reimagine the mental health system in Canada.  A key priority in this effort is to reduce mental health inequities experienced by Indigenous peoples in this country. She models openness about her own anxiety and depression with a firm personal belief in the power of sharing and healthy dialogue.

Prior to joining CMHA, Margaret served for seven years as Executive Director of the Toronto Region Immigrant Employment Council (TRIEC), a multi-stakeholder council that brings leaders together to create and champion solutions to better integrate immigrants in the Greater Toronto Area (GTA) labour market. At TRIEC, she was instrumental in increasing the impact and scale of the organization’s work, spearheading key partnerships with LEAP the Centre for Social Impact and supporting other cities to replicate the successful TRIEC model of immigrant integration with partners in Helsinki, Finland and Stirling, Australia.

Previously, she served as President of ABC Life Literacy, a national organization that inspires adult Canadians to increase their literacy and essential skills. She was also active in publishing in leadership roles with the Association of Canadian Publishers and Magazines Canada.  She has also held marketing and fundraising roles in leading Canadian arts organizations including the Stratford Festival, Tafelmusik Baroque Orchestra and the Royal Conservatory of Music.

She has volunteered as a mentor for TRIEC and for the Canadian Marketing Hall of Legends where she supported immigrant professionals to find career success.  Margaret has also volunteered on numerous boards and committees, including the Toronto Newcomer Leadership Table, Ontario Office of the Fairness Commissioner Advisory Committee, Advisory Committee for the Ontario government’s first Culture Strategy, Panelist for the federal government’s Report on the Employment Challenges of New Canadians, CERIS, WorkInCulture, Bad Dog Theatre, BookNet Canada and the Canadian Copyright Institute.

In 2012, she was awarded a Diamond Jubilee medal for contributions to literacy and culture.

Margaret has an MBA from the Schulich School of Business at York University.