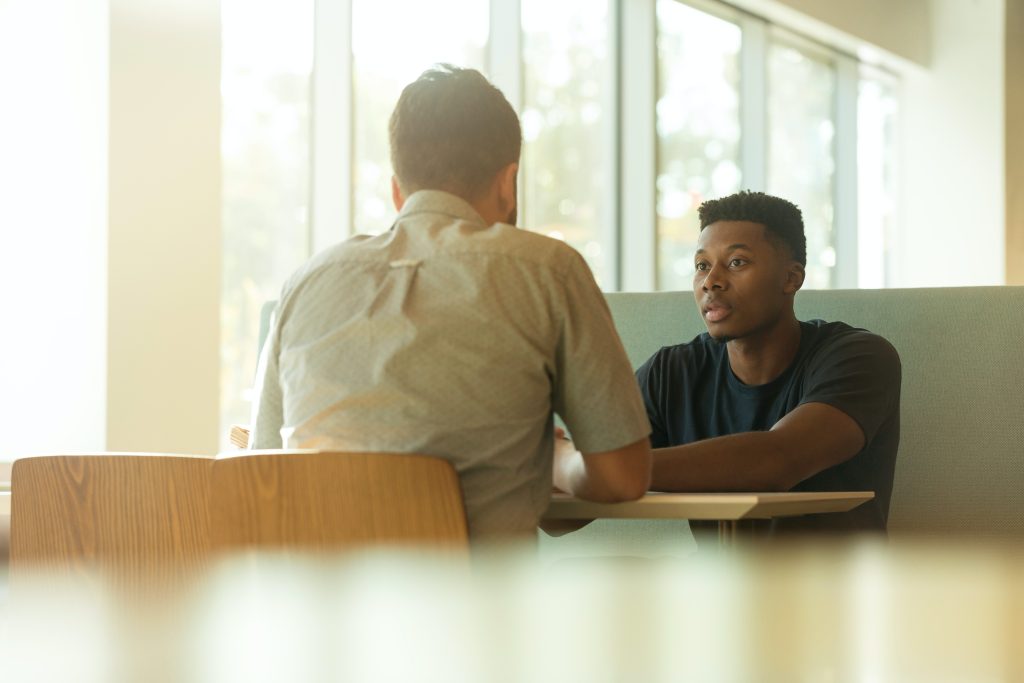 How to support men’s mental health

It’s November, and the mustaches are out in their full glory in support of Movember, an initiative that aims to shine a light on men’s health. One of the great things about Movember is that it’s not just focused on physical health – mental health is a huge part of the campaign, and rightly so with these alarming statistics:

This can be explained in part by men’s reluctance to seek help or treatment for their mental health struggles (Centre for Suicide Prevention, 2022). Why? Because men have been trained from an early age that showing emotion is a sign of weakness. They’re told to bury their feelings, “man up” if they’re feeling down, and essentially brush everything under the rug. Men are often socialized to not talk about their emotions and may mask their stress and deal with emotional pain through harmful behaviours and actions instead of seeking help. (Ogrodniczuk & Oliffe, 2011).

These societal expectations may discourage men from seeking help when they begin to struggle and instead can drive them to unhelpful coping strategies. This can put men at greater risk for increased substance use, risk-taking behaviours, anger and frustration, and, too often, suicide (Seager et al., 2014; Ogrodniczuk & Oliffe, 2011).

So, how can we help the men in our lives open up and talk about their mental health struggles, when many men don’t like to talk about their feelings? The Centre for Suicide Prevention is running a campaign encouraging men to “buddy up” with one another.

The Buddy Up campaign is a call to action to men, by men, to drive authentic conversation amongst men and their buddies. The campaign, which launched in 2020, encourages men to have conversations with their “buddies” to find out how they’re doing and support them if they’re struggling.

Although men may not be willing to ask for help for themselves, they are willing to provide support for friends and keep them safe. Here are some tips from the campaign on how to engage a buddy you might be worried about.

If you’re still worried about him, ask: “Are you thinking about suicide?” If he says yes, don’t panic. Let him know you’re there for him, and that there’s help.

This article was written in collaboration with Centre for Suicide Prevention, a branch of CMHA.